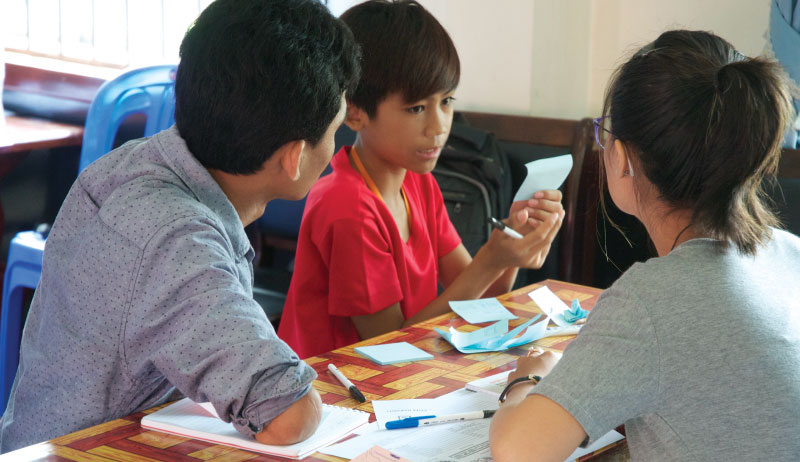 SEA Makerthon 2016 is an open innovation program held in 3 months. It is held in 10 cities, 6 countries in Southeast Asia and the contest winner of each city will get an opportunity to present their idea to investors at grand finale held in Singapore.

In SEA Makerthon 2016, the same theme is set among all regional contests and this year’s theme is “Designing a World with Zero Waste.” In other words, creating the world without waste is the common theme of 10 cities.

The theme is set more specific in each city and Phnom Penh’s Makerthon theme was agriculture.

By the way, other 9 cities’ themes are below.

I think there are people who hear “Makerthon” at the first time so let me introduce it in briefly.

Makerthon is 36 hour innovation sprints, a team of 2 to 4 people converts its idea of solving social issue into a prototype.

I think that it can be imagined if you consider as a version specialized for the idea using the hardware of the event, Startup Weekend, introduced the other day. 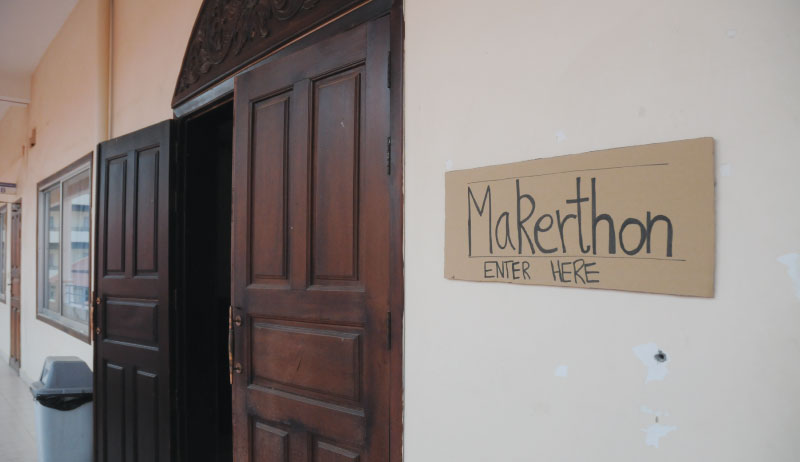 The event venue was a room of Puthisastra university. The guide to the venue was handwritten in cardboard. At Makerthon, participants create prototypes with cardboards and vinyl tapes by using their own hands.j So the guide board was also handmade and embodied the concept of Makerthon well.

In the morning of the day 2, because the theme in Phnom Penh was agriculture, so the facilitator provided the perspective of making ideas, What Cambodian farmers need? And the guidance of the flow until the final presentation on day 3 was held before starting work. 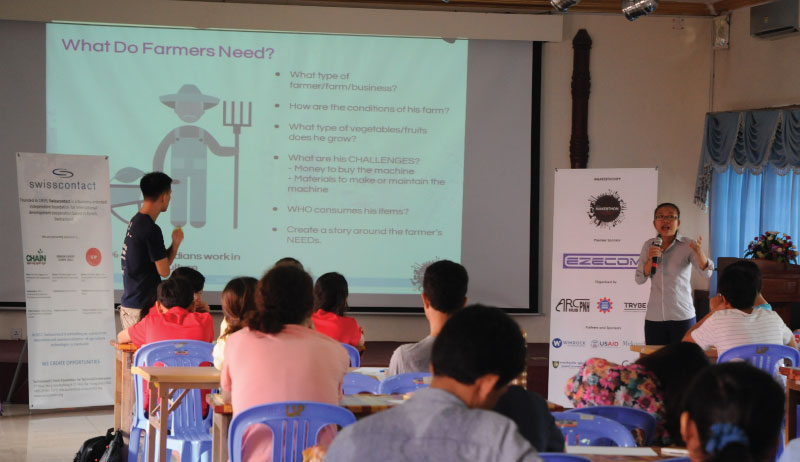 After the guidance, participants started making ideas in each team. 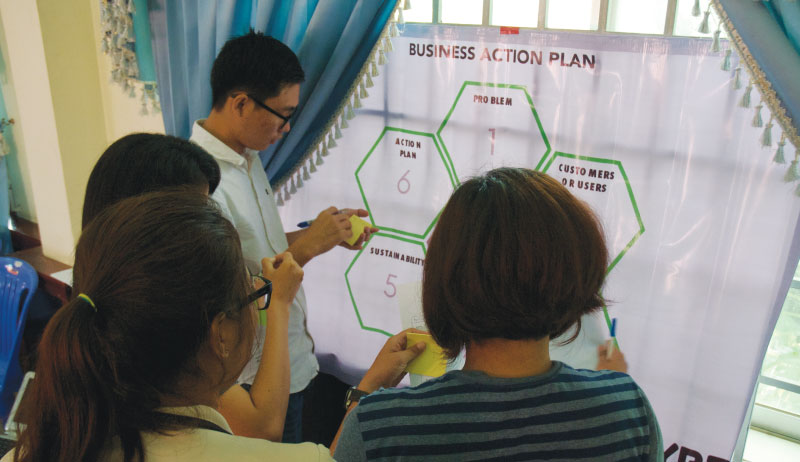 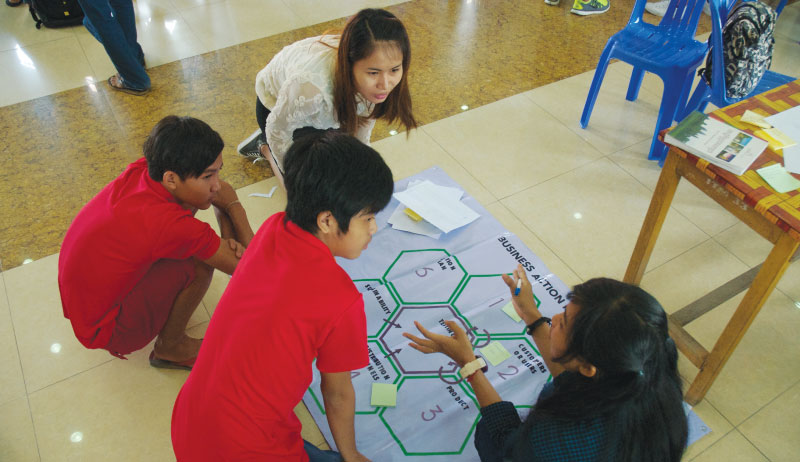 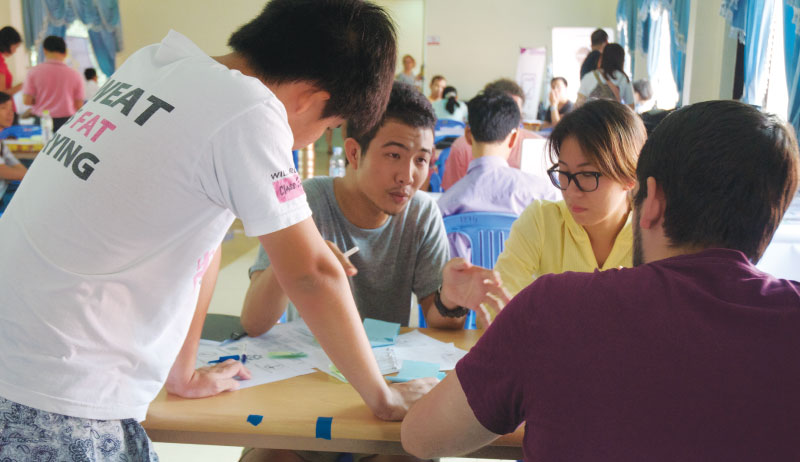 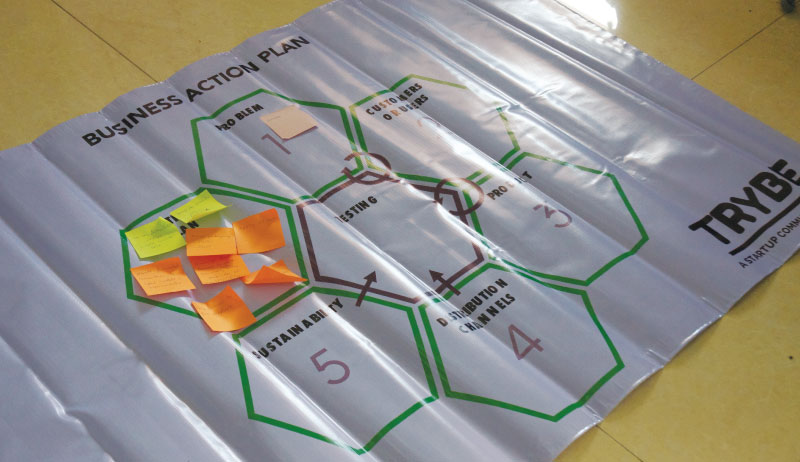 Day 2 was over. I left the venue with looking forward to what kind of prototype will come out in the final presentation of the next day. 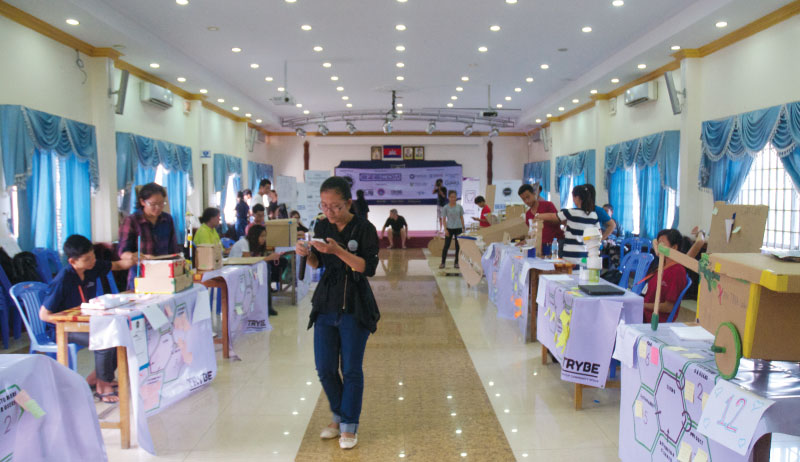 Day 3, the final day! Which team won the round in Phnom Penh and would proceed to the grand finale held in Singapore?

Finally, 13 teams were composed. At Startup Weekend Phnom Penh Women’s Edition held on the other day, there were 8 teams so there were so many participants.

There were 4 main types of ideas as below.

Entry No. 13, “Eco Fresh Team” was chosen the reserve team proceeding to Singapore. 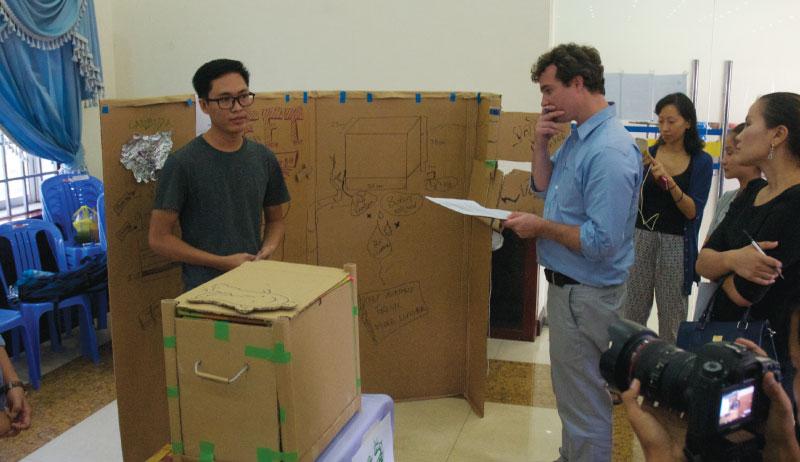 I can say it is a kind of eco-friendly cooler box, the idea is to preserve crops by putting hemp clothes moistened with water inside of the box made of bamboo. 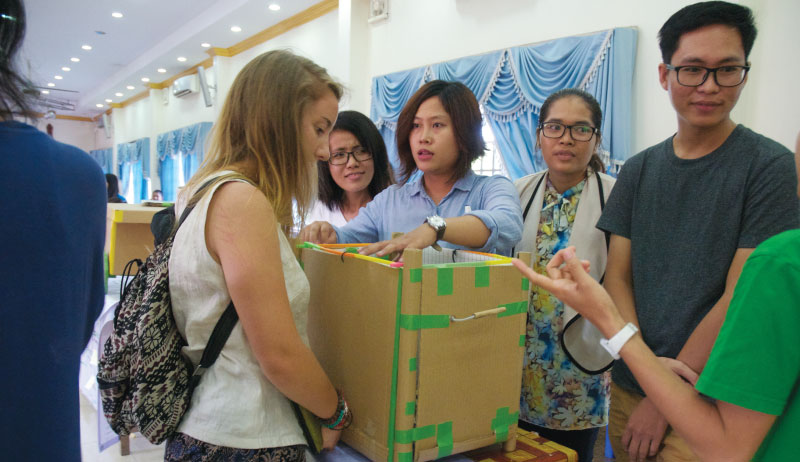 Well, it was the entry No. 3 “RAT HUNTER” that was chosen as the team proceeding to the Grand Finale to be held in Singapore! 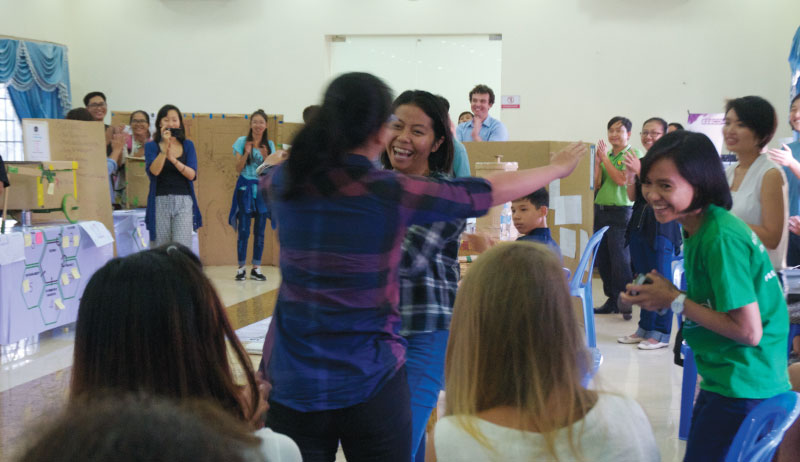 Its idea was that when mice come close to its product, the eyes imitated to those of cat spikes flash and make mice into a trap.

Regarding to judges’ criticism, it seems that their presentation ability was also appreciated that the idea was successfully conveyed to the judge by telling a story how necessary and effective it is. 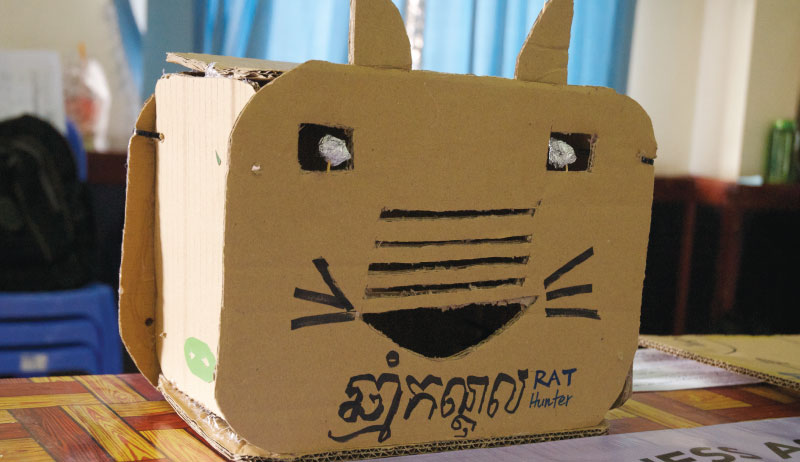 It was said that the part of eyes shaped with aluminum will shine sharply in actual products.

At Makerthon, participants have to make a prototype in real. So some teams had not been able to make prototypes that actually operate.

I would like to conclude this event’s report while hoping that the eyes of the cat will shine sharply and that the audience will recognize the effect more in Singapore’s grand finale.

You can get information of the results of Makerthon held in other cities and the grand finale in Singapore on this facebook page. If you want to get further information, please visit it.

In Phnom Penh, Startup Weekend Phnom Penh focusing on Educational ideas will be held next month. There are many events related to Startups and innovation held in Phnom Penh recently.

Some of the events have next steps like the grand finale in Singapore of Makerthon. In Cambodia, there are no startups known to other countries yet but the startup community has being developed in recent years.

Not only events but also co-working spaces also have opened one after another. And 2016 when startups created by Cambodian 20s has increased will be called the first year of the startup era in Phnom Penh later. I think so.

However, startups and the community in the innovation area are just raising right now. And non-elite twenties Cambodian who did not study abroad found own startups, I feel it is the best timing to live in Phnom Penh, Cambodia and it is the best place in the world at the moment.

For those who want to start own startup or business abroad, I recommend Phnom Penh.

I start an internship program you will join startups in Cambodia 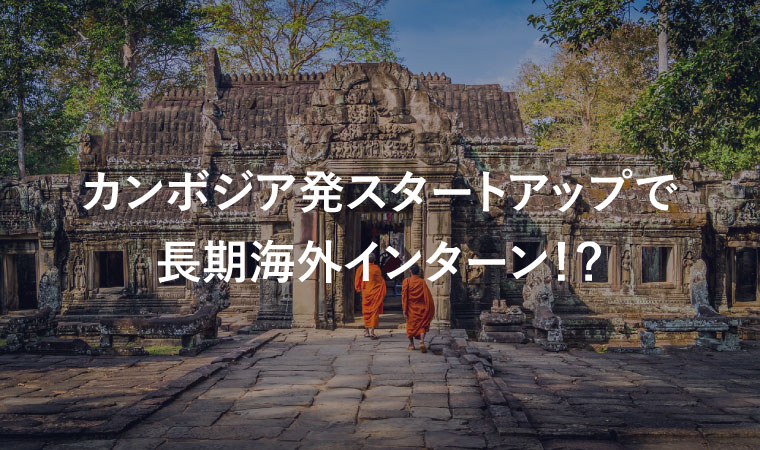 It is the best program for students and early twenties who want to run own business in ASEAN in the future.

Why don’t you embark on Cambodian startup and test your ability?