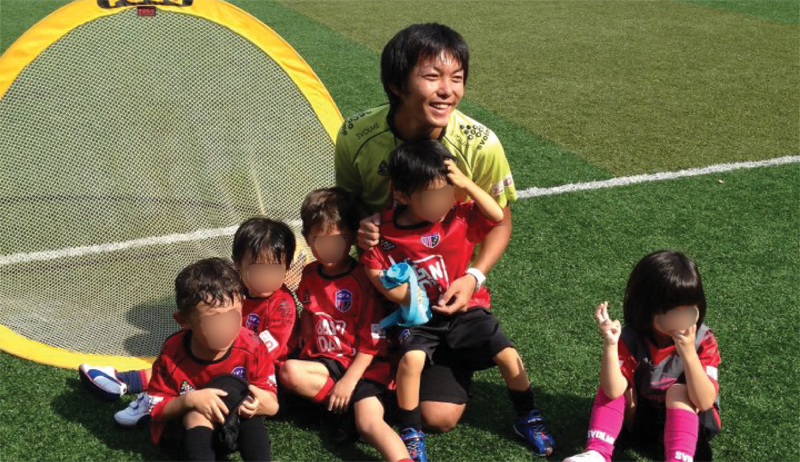 Hello, I’m Kenshi Suzuki who did internship abroad at a company running football business in Singapore from spring to autumn 2012.
This company operates a wide range of projects centered on football, football academy among children and adults, the professional football team, study abroad project from Japan, tryout, football events and so on.
Now, I joined the company which I worked as an intern as a full-time staff, played football I love, and spend every day with a lot of sunburn.

Don’t suffer by yourself, Just do it!

What I learned through internship abroad was ”You never know unless you try.”
I think there are many people who want to involve in sport business though most of them don’t know what kind of positions exist and what you would do in real. Of course now you can get information through internet, social media, books and magazines but it’s hard to get information of the field level.
It was hard for me too, in job hunting I had the keywords “abroad” “football” vaguely but I couldn’t imagine what I wanted to do in sport and football business and what I could do.

When I was spending such a frustrating life, I found the word “Internship Offer from Singapore” at the sports-related job hunting information website that I registered before.
I was very interested in this offer, but at the same time, the anxiety and worry like “I am interested in but I am doing job hunting. Moreover, I guess it will cost so much working as an intern in abroad” grew bigger in my mind and my interest also faded away.

I think those who are thinking about doing internship abroad have the same experience like me.

But a few weeks later, I found the same offer again by chance and I told myself “I want to join the internship abroad” then my friend who was near by me told me “If you want to join, you can try it”, his word waked me up.

I still don’t understand, but at that time I agreed with his opinion and felt “I will contact first” then I inquired. This was the first small step towards to the internship abroad.
After that, everything worried and uneasy was solved, and I was in Singapore one month later.

After that, I run through with almost only momentum, everything worried and uneasy was solved, and I moved to Singapore one month later.

Until a few weeks ago, I had never thought that I stopped my job hunting and took a gap year though, I could understand various things such as the current situation of Southeast Asian football, countries’ attitude to sports, Japanese football seen from abroad, people working at the forefront of sports industry from experience.

Taking just a small step, your world will be broaden 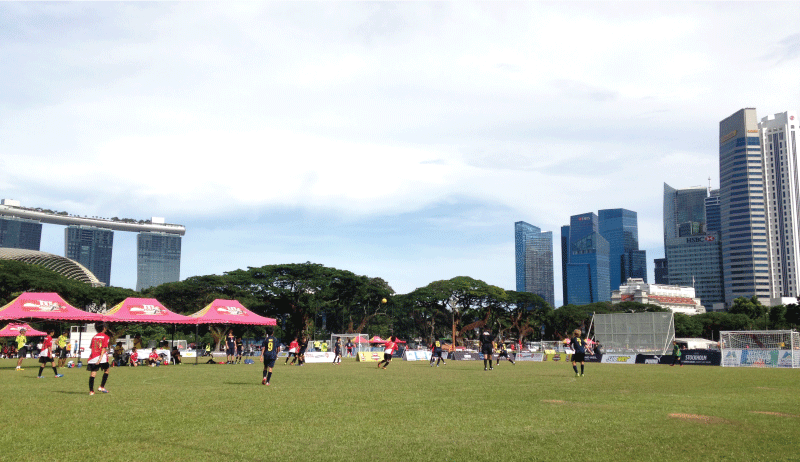 When I started the internship abroad, I could experience a lot that I had never thought that I could engage in like planning and organizing an event inviting a famous Japanese football player, involving in the operation of a foreign football team and so on.
Moreover, I could meet a graduate from a graduate university I wanted to go in the future and people who worked at a company I wanted to join during internship. I took courage a bit and took a step forward. The just small step became the trigger I entered into the world I imagined in my mind so far.

Whatever small action, your world expands depending on your actions. In the internship in Singapore, I could learn such thing. 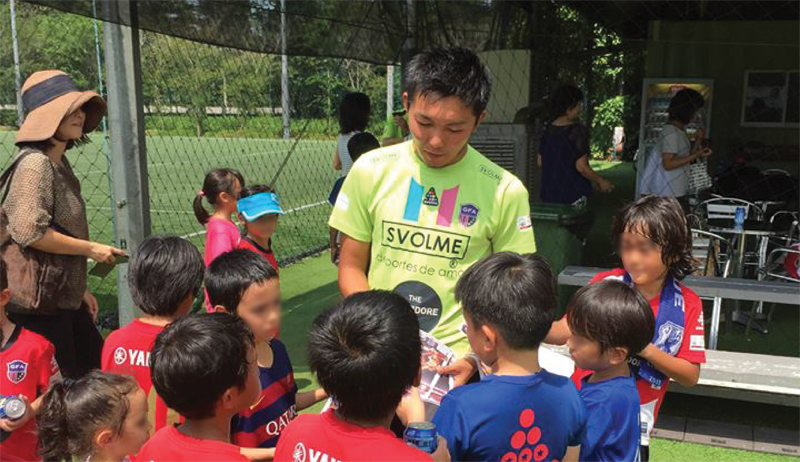 I have two reasons why I joined the company which I worked as an intern as a full-time staff.

Actually, I had about a year, until I joined the company as a full-time staff since I finished my internship.
Shortly after internship, I did not feel like getting a job at that company as it was. Thinking about the next step, I returned home and resumed job hunting.

However, while I got job hunting, I couldn’t meet attractive people and companies I could imagine working happily. And I got realized that there was a gap between what I wanted to do and job hunting.
I think the internship experience is good for you that you will be able to have the image you work at a company and have an intuition such as “I feel something different”.

The other one is that the working environment was best for me had had keywords “football” “abroad”.

In Singapore, it was developed already in economy, but especially in football, it is still being developing. That’s why I think I can challenge a variety of things.
I felt its appeal to the company that intends to boost football in such Singapore. And it is the reason why I decided to get a job in my current company that I could be sure that it would surely help me even in fields I would like to try my best in the future as I would be able to experience from grassroots to professional level abroad at a stroke.

If you are still thinking about whether you will embark on an internship abroad or a long-term internship, I want you to take a step forward no matter how small it is first of all.
I know there are many things you need to consider like the cost during internship, your family, the purpose and goal of internship though, you can solve these anxiety things after you take a step.
If I didn’t take the small step to join the internship in Singapore, I couldn’t make my dream, living abroad and involving in football business, come true.
If there is something that attracts you even a little, don’t be afraid to embark on.

And, please contact me if you want to do an internship in the field of football business abroad (Singapore and Cambodia)!
We are looking for internship students.