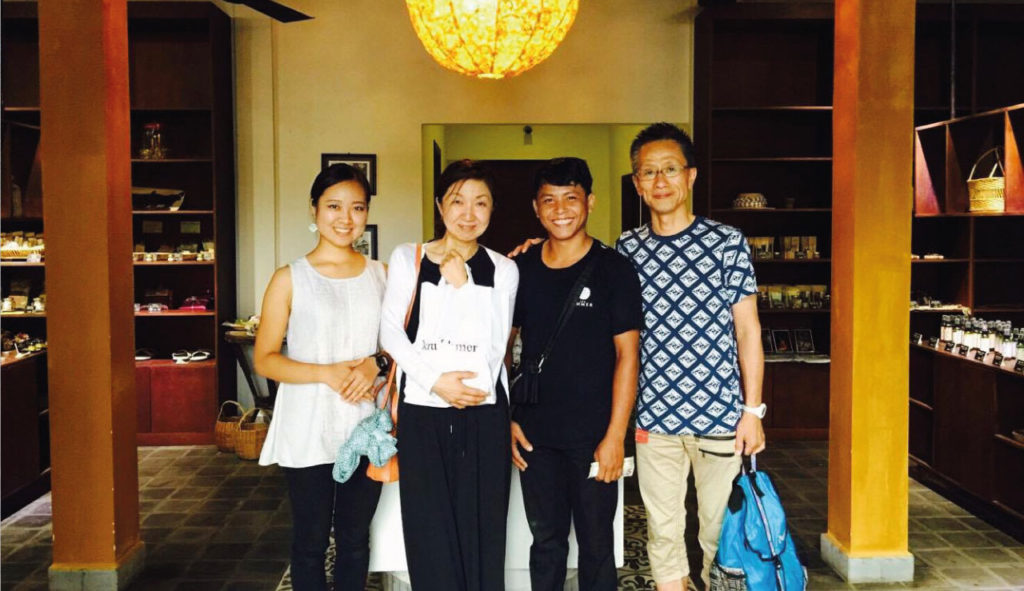 Hello. It is Hikari who took a gap year and had been a long-term internship abroad for one year at SPA KHMER* in Siem Reap, Cambodia. Currently, I have returned to Japan and have finished my job hunting with a job offer from a company developing business in Japan and developing countries in order to solve social problems through social business.
*SPA KHMER is the spa department of company kru khmer, which spread the charm of Cambodian herbs.

Some of you may worry that taking a gap year and postponing your graduation may have a negative impact on job hunting, you may not be able to take a step for your internsip abroad quickly.
Today, I’ll let you know “How did the gap year and long-term internship abroad influence my job hunting activity?” from my experience.

I belonged to a student NGO which provides educational support to rural areas of Cambodia for 3 years since I entered university. In order to make such a mechanism that children in the poor village can go to the university, we had activities such as planning domestic projects and going to Cambodia each time during vacations.

Following three conflicts occurred while working at the NGO.

In order to solve these conflicts, I became to think that “I want to engage in Cambodia from a business as a different field”.

The impact of long-term internship in Cambodia on job hunting

About the first one, though I had a vague idea that I wanted to “engage in overseas” before the internship, now I feel that I would like to work in not anywhere overseas but the growing developing countries or emerging countries in the future.

I have been witnessing various “changes” while working in Cambodia for 4 years. “Development of the city in a short period by building rush and motorization”, “Children who has become able to receive education, is approaching a future dream”, “Villages where nature is lost along with development”…

Changes in such people, things, and landscapes that are not familiar in current Japan were fresh for me. During the internship in Cambodia, I touched changes in Cambodian staff that “Even they were unable to carry out jobs, they made efforts and moved forward” “More work can be done and more confidence will increase”.

In the midst of such “change” being close to me, I started to think that I would like to be a person who can trigger the change in the environment of a developing country and a person who can make a change.
In fact, in my job hunting, based on these standards I mainly chose companies which have offices in Southeast Asia and focus on creating a positive impact on developing countries from now on.

Furthermore, it is a big point that I found out how much I can compromise on “closeness and distance of engaging” of engaging in developing countries.

In the job hunting after the internship, I also applied development consultants and living infrastructure plant engineering companies. There are various kinds of jobs for non-engineer such as a department of the management system, personnel affairs, fundraising, sales, management at an office in the field. Of course, I think management work also will be useful when I work in a developing country in the future and I can say that recruiting the human resources of companies that support the infrastructure of developing countries is “involved in developing countries”. But, when I imagined that I would do the work, The way of interacting with developing countries, I can’t imagine the real face of the people, doesn’t sound right..

As a result of thinking, “the positive change of the people of the partner country is seen” is the standard of “involved” for me. For example, “The life of that person who had been like this before the bridge was crossed changed in this way as we bridged the bridge.”

During the internship in Cambodia, I met producers of herbs, made products with Cambodian staff at the workshop, and stayed with the staff everyday. The social business player I have been involved with, created a change of “daily efforts gained fruit, improved skills and positions” “become able to speak at meetings”, “get to be able to find and improve problems” themselves. They were so reliable. I worked with Cambodians during the internship and I have learned the worthwhile of working with local people directly as I have seen their changes closely. 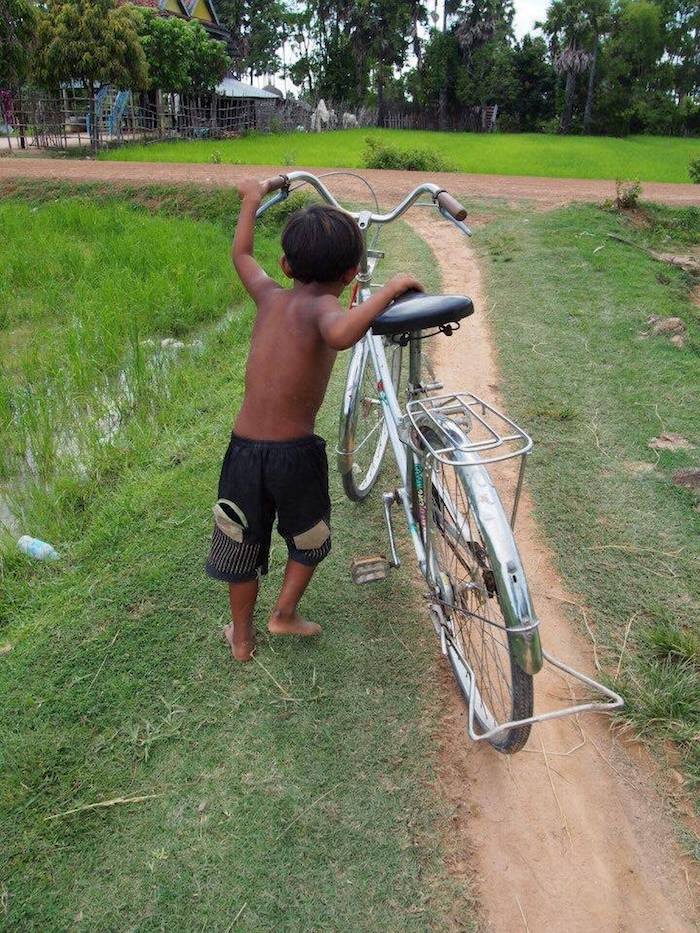 About the second one, because countries such as Cambodia do not have sufficient infrastructures there are still many people who are forced to have a low standard of living and I think that solving the problem will have a great impact on the poor people. I witnessed the current living situation of village children and staff through volunteer and internship, so I became to reconfirm the importance of things underlying our lives, such as water, roads, electricity, income means etc. In fact, in my job hunting, I applied the companies specializing in water, renewable energy, development and social problem solution. 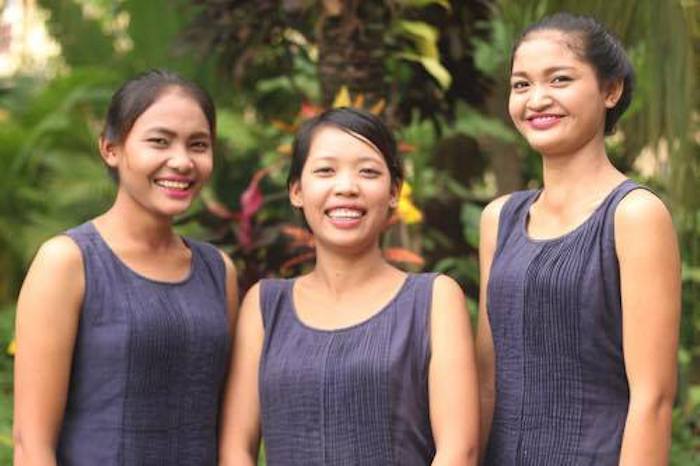 About the third one, after the internship “What I want to change what for what kind of people” can be clearly drawn like a photo, because of that, I began to think about solving social problems by using my work as a means. During my internship in Cambodia, I also felt the positive impact that social business was given to local people. With income it means that confidence and choices of life will increase. The staff who worked as an alpha earner at the age of 20 was pleased that she could decide the way of using her income by herself, support their families, and become able to think about her own future.

In my job hunting, I chose the company that I can create social impact fastest.

I worked in Cambodia till the end of February, I felt rushed because I could not get ready for job hunting as venture companies began offering jobs already and big companies are also about to offer jobs in January and February of the late my internship. I couldn’t read a company handbook in Cambodia even if I want to read, I couldn’t study SPI*.
Instead, in the internship in Cambodia, there were a lot of “What can only be done here now”, so I was conscious about concentrating on that.
*SPI is a screening test that many companies in Japan use for their hiring activities. 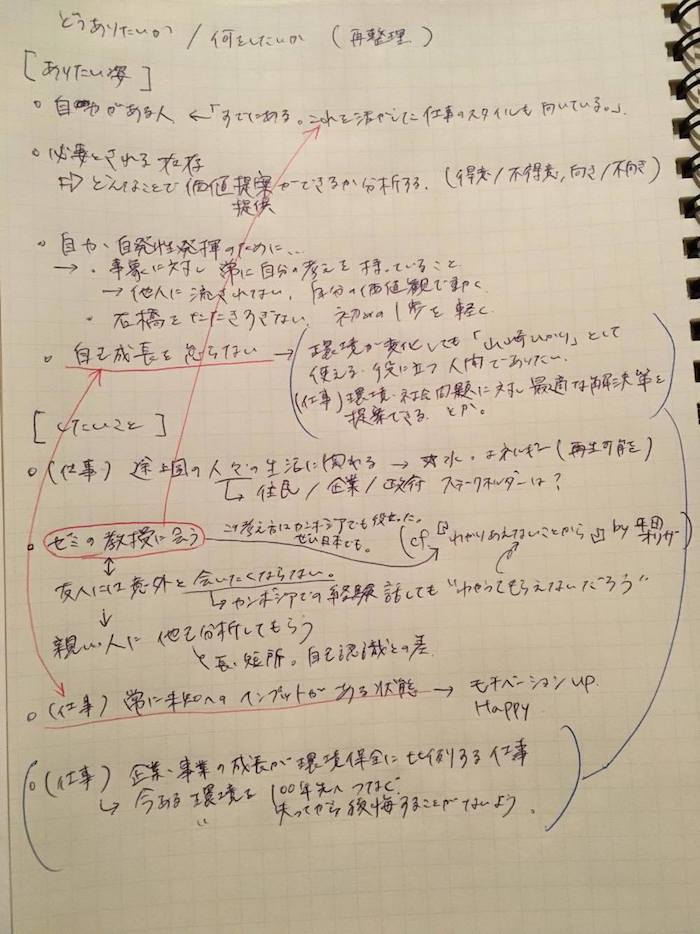 As a result, this self-analysis was very useful.
Among the same hiring students, because there were a lot of people who have studied abroad or took a gap year, I felt that what was important that whether I could explain what I want to do in the future, what I did, got, learned, during the gap year.
Especially I tried to convey how I thought and overcame the difficulties logically and clearly based on the self-analysis because I could convey my judgment criteria and ability through it.

Also, when choosing a company or a job category, by understanding what kind of person I was and what kind of environment I could demonstrate my ability, I could select companies that I want to work and I can imagine working there”. This process let me understand companies so my job hunting could go smoothly.

Ad I attended a long-term internship in Cambodia after taking a gap year, I think that there was a good impact in choosing my job and my future life.
It was a year that I felt that the internship with clear goals and objectives could be a shortcut instead of a detour in terms of future self-actualization.