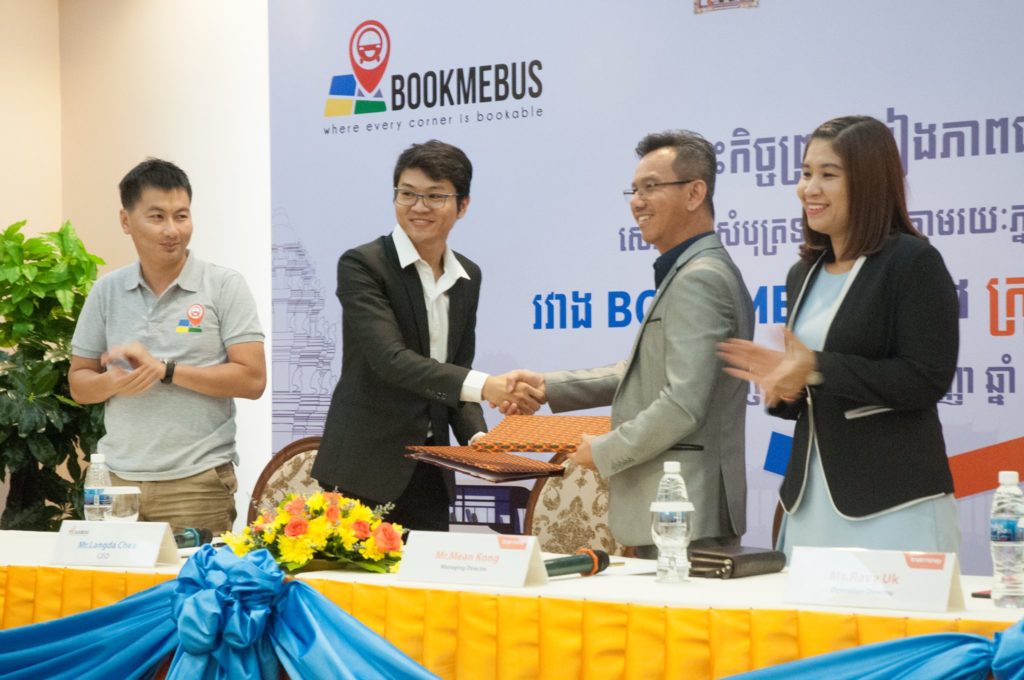 BookMeBus goes to provinces with TrueMoney

Have you ever heard this big phenomenon going on in Cambodia? The bus ticket booking scene has been changing dramatically by BookMeBus (BMB), Cambodian hot startup. BMB has operated the centralized online ticketing service, bookmebus.com. They make the process of buying tickets in Cambodia easier than ever before. There are no bounds to BMB’s innovation. BMB entered “Offline Ticketing” market and has been trying to make the purchasing process easier and more convenient as well. Since the last weekend, TrueMoney has joined this ring of innovation. This partnership provides us an in-depth look at how startups are starting to change and evolve into proper businesses with investors looking to start getting the chance to jump in the innovative ideas and what opportunities it provides for both the people and the companies involved. 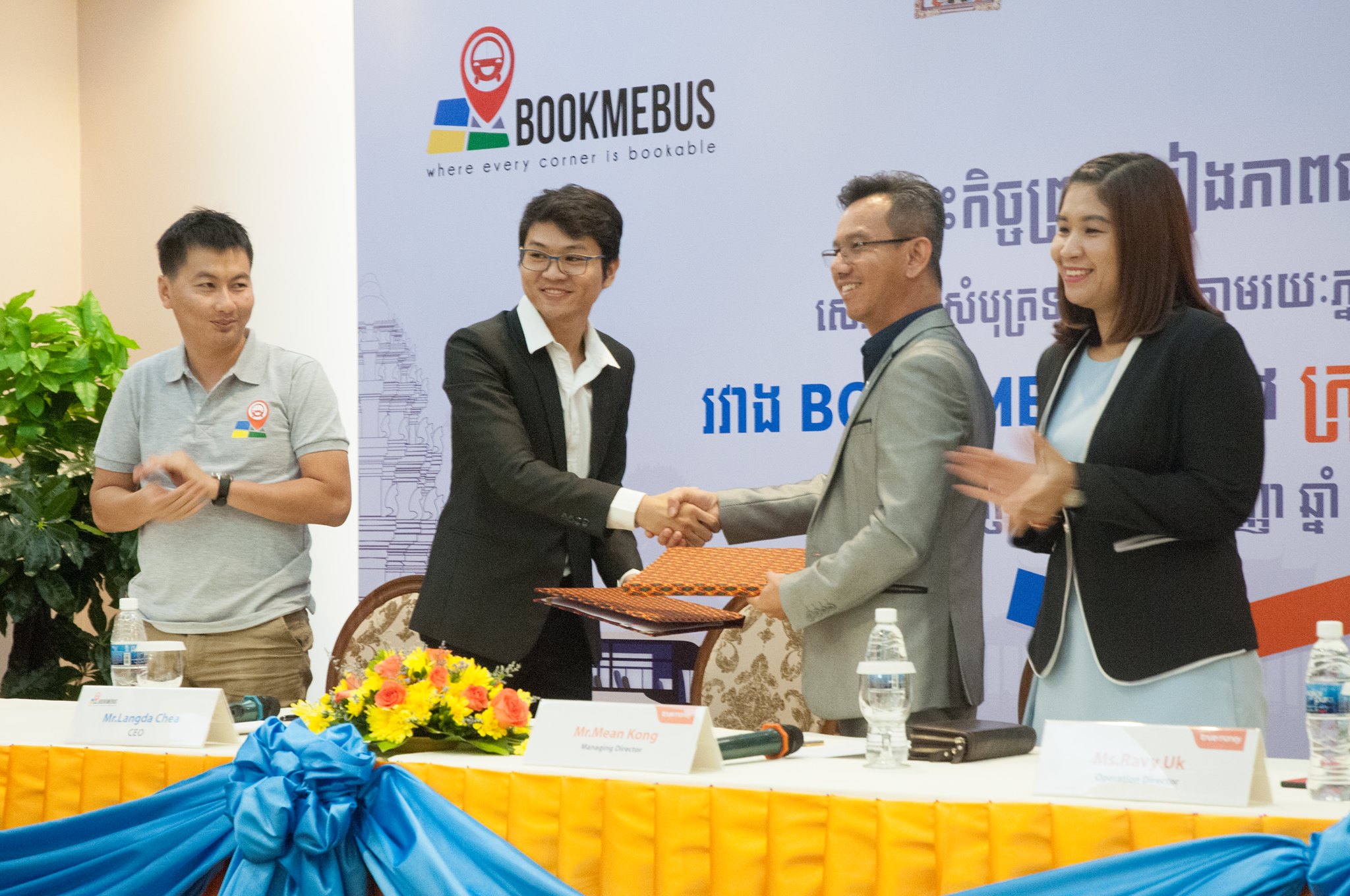 On September 8, BMB held a press conference and announced its new partnership with TrueMoney, a money transfer service from Thailand. The partnership provides a good understanding of the vision that is shared between both of the companies and their respective representatives, they both envisioned the world where everything is easier and more convenient for the people whether it’d be payments, transportation etc…

Throughout the recent years, Cambodia has seen an uprising of trading and a surge of economic prosperity, one of the major reason why is due to the fact that many people from outside of Cambodia are looking into investing in Cambodia and it’s future threshold in the Southeast Asian market as it is quickly gaining momentum. TrueMoney has gone with this flow and now has over 5,000 agents all over Cambodia, it will only keep on growing. In the press conference, they told all tickets on bookmebus.com will be available and can be booked throughout all TrueMoney agents here in Cambodia. It means BMB will be able to spread its service to local people who don’t have access to the Internet in rural areas.

The difference from the partnership with Wing 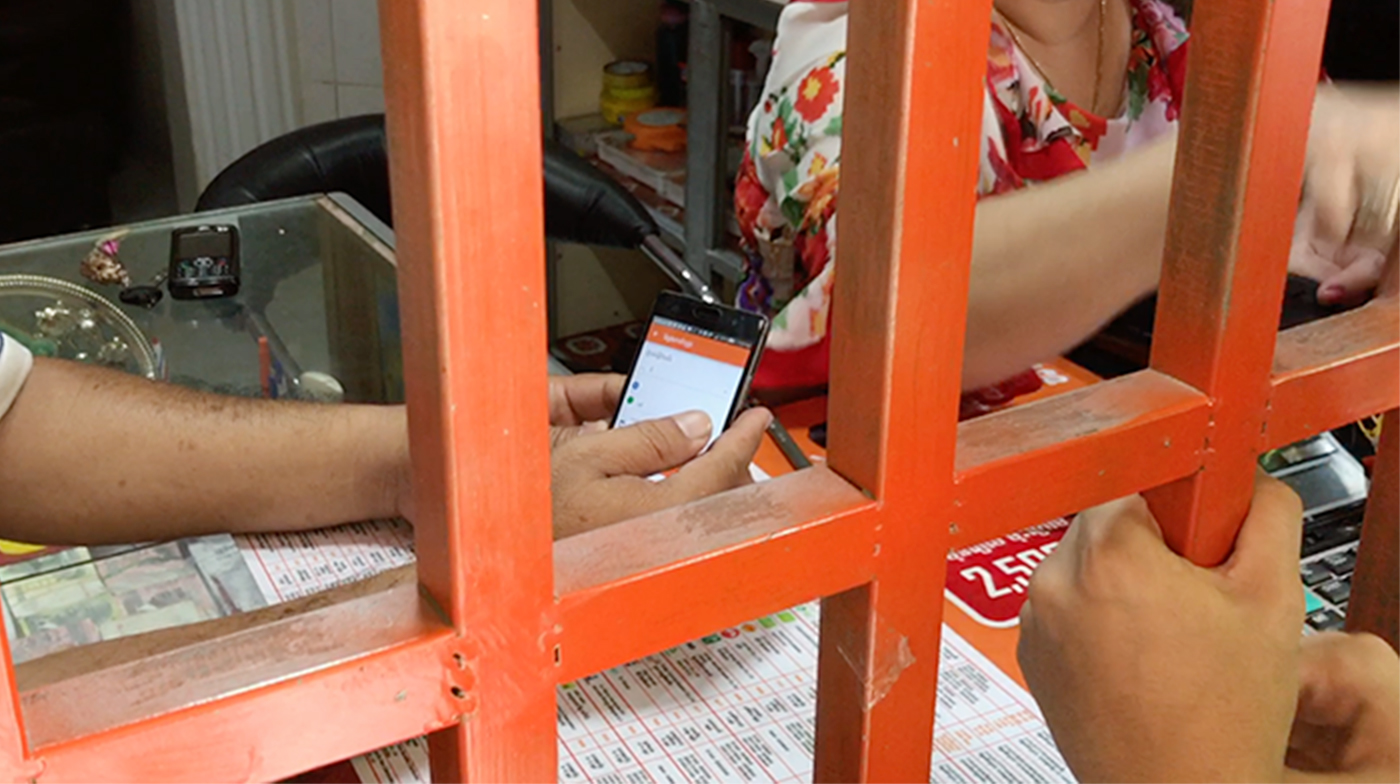 Prior to this partnership, BMB has made a partnership with Wing, another money transfer service in Cambodia and has enabled people can buy tickets at some Wing agents in Phnom Penh. Mr. Langda expressed a message conveying that they are not straying off their partnership with Wing and that the partnership with TrueMoney is just an expansion of their business, not just a few places over the country but nationwide as well due to the fact that TrueMoney holds more ground and locations of agents. He said that isn’t anything different about the partnerships, that they all shared the same vision towards a common goal.

BMB provides access to their inventory through the use of API (Application Programming Interface) to TrueMoney so that they are able to integrate the service into both their agent app and POS (Point of Sale) terminal. This is the reason why they were able to launch the service nationwide at once and the difference from the partnership with Wing. On the other hand, the fact that transaction of tickets proceeds on their app means that we can’t purchase the ticket unless the agent has a smartphone with the TrueMoney app installed. We asked TrueMoney how many percentages of their agents have a smartphone with the TrueMoney app installed. They estimated that around 50% of their agents have the app installed.

We tried to buy a bus ticket at TrueMoney agent 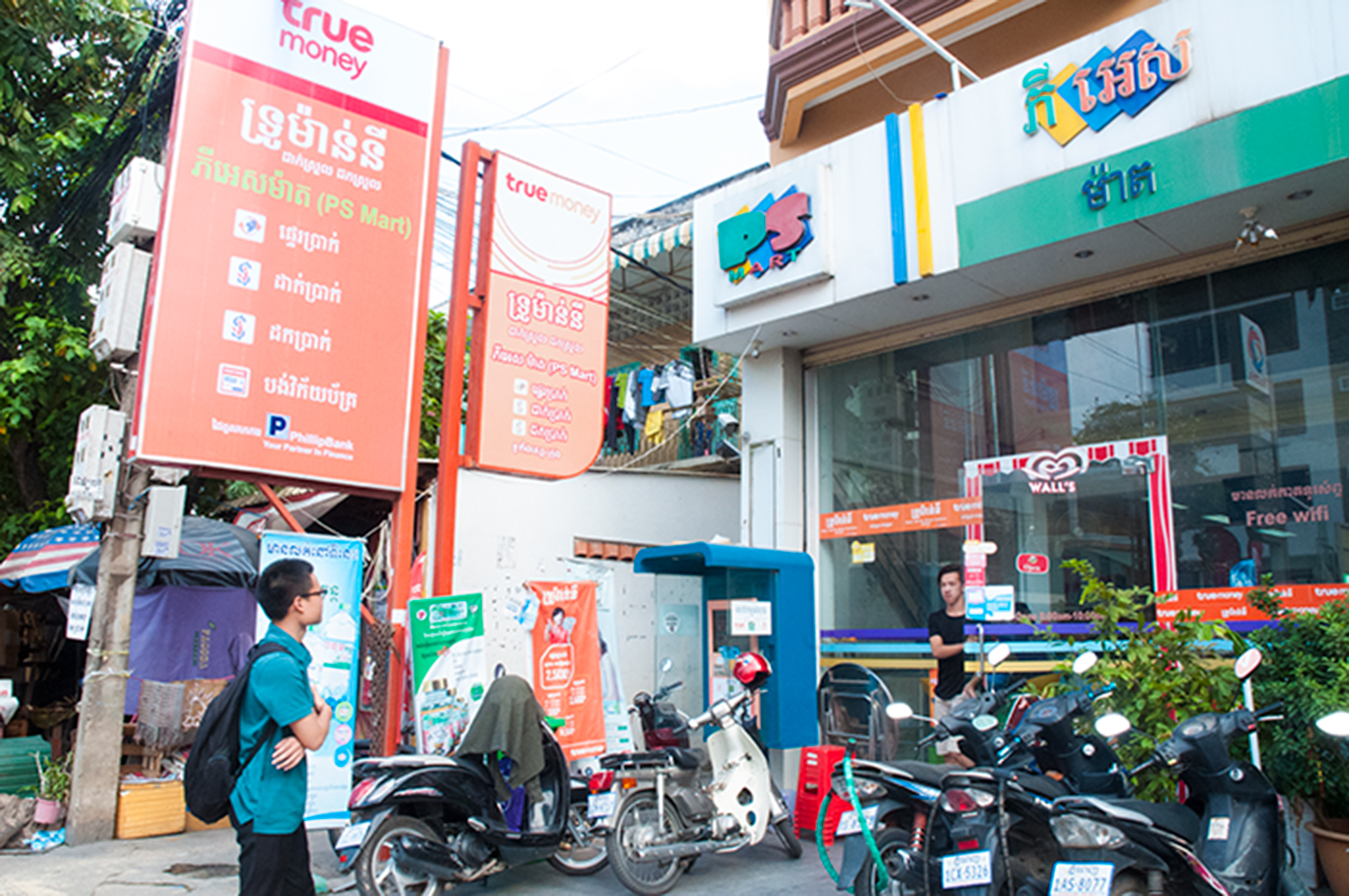 After the end of the conference, we visited two TrueMoney agents. The first one was not ready for selling bus tickets at that time and the other one handled tickets of some bus companies.

As I described above, the transaction of tickets proceeds on TrueMoney’s app and not all agents have a smartphone with TrueMoney’s app installed. This partnership is quite new so it seems that they need some time for it to be implemented nationwide so we recommend you checking with your agent to see if they have everything in place and the management is done correctly in advance.

We are sure this partnership will change the way of purchasing tickets for Cambodian people and save their time. We hope to see the system be recognized by the people and they will start using it.

Additional Write: We succeeded to buy a bus ticket at TrueMoney agent

A week after the press conference, we tried to buy a but ticket at TrueMoney agent and completed this mission.

We wrote the way to buy a bus ticket at TrueMoney agent in the following article so we’d like you to check it as well.

Review: The way to buy a bus ticket at TrueMoney agent 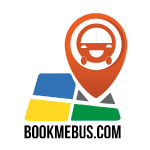 BookMeBus is Cambodian startup that is founded by Mr. Langda Chea which acts as a mediator between the bus companies and a transaction agent( Eg; TrueMoney, Wing). BookMeBus’s role is to provide an easy transportation service to the people through the use of online/offline bookings, a network of bus companies and an agent.
BookMeBus has stated that once this partnership takes off in a positive way then they will begin expanding more into different projects and seek different partners to help them grow more as a company. It is expected that BookMeBus will launch a big wave to expand the service to the provinces as early as next year. While having to expand to different investors and companies, BookMeBus also has big plans to increase their company in other neighbouring countries as well, like Thailand, Vietnam, and Laos.

TrueMoney is a financial technology brand, providing e-payments services in Southeast Asia, mainly in Thailand. TrueMoney was founded in 2003 as part of the True Corporation but now reorganized under the Ascend Group in 2014, a spin-off of True Corporation and a subsidiary of C.P.Group. The service produced other spin-offs like WeCard, in partnership with MasterCard, and TrueMoney Cash Card, for specialized top-up services like gaming. It also includes Payment Gateway for servicing online merchants.